In recent years, African governments have been busy leasing land to large corporations from the west and east. The justifications for the corporations is to find cheaper land and labor to respond to the global food and fuel crisis; while from African side, it is for capital and technology transfer to stimulate development. Sounds like a great synergy, right? I think not! 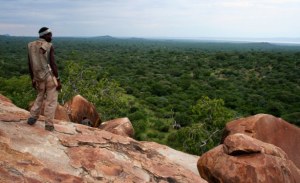 Dubbed land grabbing by the media, its social and economic consequences have been intensely debated, with some activists condemning it as a neoliberal extension of the scramble for Africa, while state bureaucrats  lauding it as a panacea for the rampant food insecurity and unemployment in sub-Saharan. Objective empirical analysis, like this one, are of the opinion that it is not good or bad by itself and that its consequence are all to depend on how states handle it.

Among all this debate dominated by politically urgent arguments of food security and sovereignty, the land and the biotic and abiotic diversity it harbors seems to be ignored. This happened because biodiversity is considered less important an issue compared to food security. For instance the late Ethiopian prime minister Meles Zenawi, in a subtle admission of the negative effects his land deals on the Environment, once said ”We do not want to admire the virgin beauty of our land while we starve“. Unfortunately what the PM called ‘virgin beauty’ is not just  only to be admired, but it is what makes a land to continue to be a land for generations to come.

I am not saying that leasing land to those who can make it ‘productive’ is all wrong; rather I am stating that  arguments of development now, conservation latter will have worse consequences than the current challenges of food insecurity and unemployment, and that is what is exactly happening in most sub-Saharan African countries.  Fortunately, there are ways for countries to benefit from the technology and capital transfer, while at the same time maintaining bio-diversity and ‘health’ of their farmlands. Governments can bring tight provisions of application of ecological principles in agriculture and commercial farming in to the tables of land deals.

If you would like to know more, you can  read my recent paper here or an editorial on my paper by Tim O’Riordan. You can also find a free copy here.

This site uses Akismet to reduce spam. Learn how your comment data is processed.